STUBBORN BUGGERS – The survivors of the infamous POW gaol that made Changi look like heaven OBITUARIES – MY, HOW THEY’VE CHANGED… 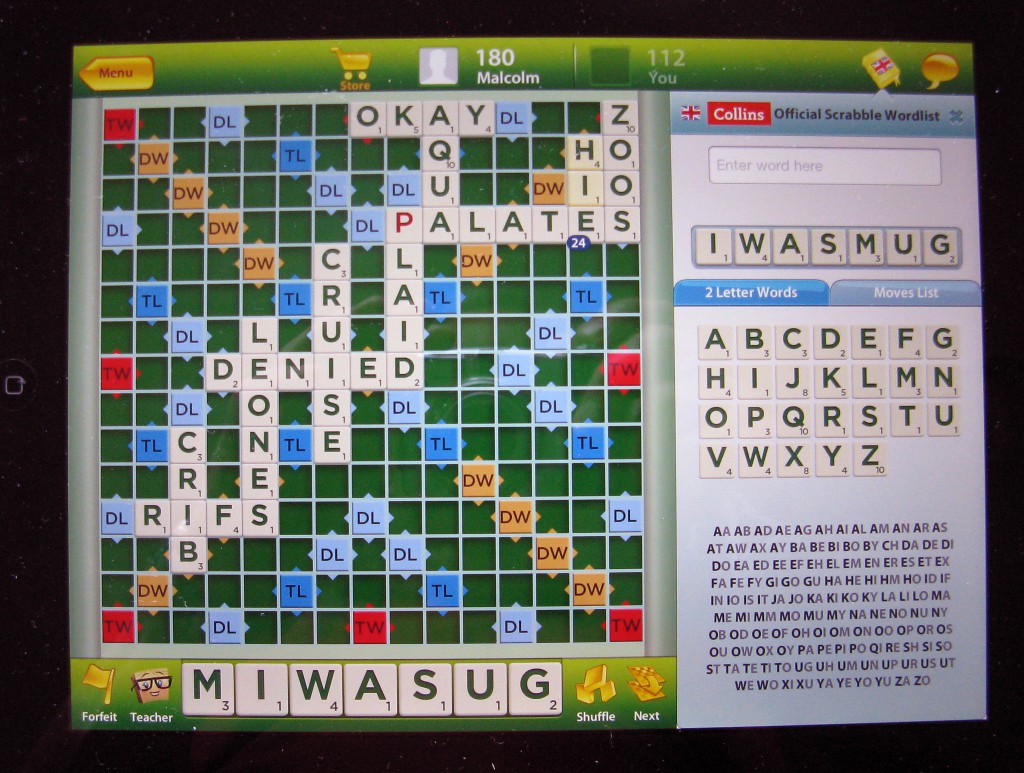 I have played Scrabble most of my adult life – first on a board, with tiles drawn from a cloth bag, but in more recent years, on line through Facebook with Scrabble Mattel.

My regular partners now number about eight. Some play keenly whenever they are on line, others a move every 24 hours like my brother Nick in Tasmania – and some every Shrove Tuesday, but I can tolerate that.

The Mattel on line system allows you to take on a random opponent, which is how I came to play with Sue, whom it turns out, keeps up to FIFTY games going at a time. Mind boggling, and she’s good too. I think we are running about even with games won and lost, but I fear she may be ahead.

The on-line Scrabble has different rules. Unlike the board games, used also in international Scrabble competitions (of which more later) the Mattel system has a number of dictionaries (I prefer Collins English) where you can test out unlikely combinations of letters to see if they make a word. Sometimes they do, like FIQH, HIOIS, SJOE, ERUV, QURSH, MYCS, just to name a few. Don’t ask me any meanings. It doesn’t matter as long as the on-line Scrabble dictionary lets them through. Purists would consider this infra dig, because under board rules, if you put down an incorrect word you lose a turn and are penalised the value of your letters in the dodgy word for good measure.

Still, all is fair in love and war, and I have come to like the Mattel Facebook system. Perhaps ‘like’ is too weak a word. I LOVE playing Scrabble on line.

In the late 1960s the Australian Broadcasting Commission (as it then was) posted me to be one of their North American correspondents, based in New York from mid 1967 till the end of 1968. Among the other Australian journos I ran into was one Derryn Hinch, later to forge a stellar and controversial career as a radio superstar in Australia, and who became known as ‘The Human Headline’ for his uncompromising views on all manner of subjects. One of them was paedophilia, which resonated with unfortunate experiences in his own childhood. His exposure, on air, of alleged paedophiles, caused him to be in breach of the law, and for which he went to gaol on several occasions.

However when I knew Derryn, he was a young, enthusiastic journo (weren’t we all!) and I enjoyed his company. At the time I did not know of our mutual Scrabble interest, but his dwarfed mine. Derryn wrote a book on, essentially, how to win at Scrabble, which was published in 1977. It has gone into several editions and is still available. 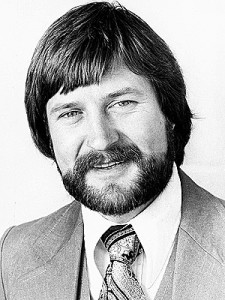 A young Derryn Hinch in New York Circa 1970 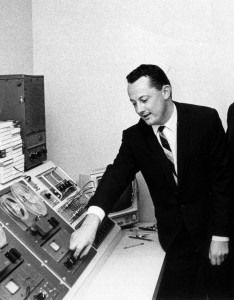 This is not in his book, but he told me later that during his research for The Scrabble Book he sought out the inventor of Scrabble, Alfred Butts, then in his late seventies. When his book was published, he sent a copy to Butts and went to interview him about what he thought about it.

(The story of Butts, born in the last year of the 19th century, and his painstaking inventing of Scrabble is a remarkable story and too complex to tell here. He qualified as an architect, but when out of work in the early 1930s began his painstaking quest to create a new word game, which was not completed until 1948. Some idea of the complexity of his task, when he decided on a seven letter tile rack, can be gauged by the fact that the mix of letters to be used was calculated by studying front pages of The New York Times to work out how frequently each letter of the alphabet was used. He included only four S letters in the mix so that the ability to make words plural would not make the game too easy!)

Butts never made huge amounts of money out of Scrabble which continues to sell in the millions world wide well into the 21st century. When he sold the rights to one James Brunot and his wife in 1948 he accepted a royalty of three cents per game for many years. He lived until the ripe old age of 93, and later said: ‘One third went to taxes, I gave one third away, and the other third enabled me to have an enjoyable life’. His New York Times obituary included the following remarkable bit of trivia: ‘Mrs Butts was better at the game than her inventor spouse. Once she scored 234 [points] for QUIXOTIC. He admitted that she “beat me at my own game”, literally.’ 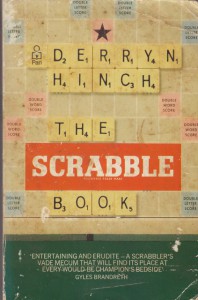 But to get back to Derryn’s book, he told me after I left New York that he had visited Butts after sending him his book on how to win at Scrabble. He was surprised and taken back, when the old man told him bluntly, ‘Mr Hinch, you have destroyed my game’. Butts said that he wished he had never seen the book, as it had caused him great distress. He told Hinch that his aim had been to create a game which caused people to have fun being creative with words, and not in the slightest degree competitive. He said that knowing he had failed in this, had turned his invention of Scrabble to dust in his mouth – or words to that effect – and that he felt the basic purpose of his game to amuse and entertain had been trashed! (He did however allow Hinch to put in later editions that, ‘This is the best, most complete book about my game’. It was also, as Hinch later admitted, the ONLY book that had been written about Scrabble.

It is just as well poor Alfred did not live to see the heights of insane competitiveness in international Scrabble tournaments, memorably documented by sporting writer Stefan Fatsis in his excellent book Word Freak, who fought his way up to the top level of competition, memorised complete two, three and four letter lists, studied the arrangement of letters best suited to a ‘bingo’ – clearing all seven tiles and getting 50 bonus points. It’s a crazy, obsessive and difficult-to-put-down window into a world that would have certainly sent Alfred Butts to an earlier grave had he known about the Scrabble freaks and their high-powered adrenalin-fuelled competitive madness.

(By the way, Derryn Hinch who has just seen this post adds that he no longer plays Scrabble any more. ‘I thought they ruined the game when QI was allowed. I had a whole chapter on the Q strategy and burying the U to stuff an opponent. I do play Words With Friends with my partner, but don’t like the way they’ve altered value squares to avoid copyright problems with Mattel.’)

Sorry, no time to write more. I have to check my on-line Scrabble partners for their latest moves… And if there is a hiatus, I can always play with myself.

Let me explain – against the Scrabble Mattel computer.