Tim Bowden was born in Hobart, Tasmania, on August 2, 1937. He is married, with two children and three grandchildren. An author and broadcaster formerly of Sydney but now living on the Mid North Coast of New South Wales, Tim was host of the ABC-TV listener and viewer reaction program Backchat, from 1986-93. 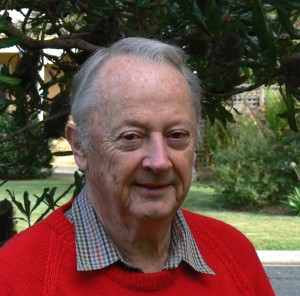 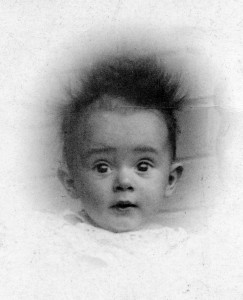 His professional background has been in journalism and includes newspapers, and feature and documentary work in radio and television. In 1960 he graduated from the University of Tasmania with a Bachelor of Arts degree. He worked with the BBC’s General Overseas Service in London during 1960-62 as a radio interviewer and producer with the Pacific Service.

Returning to Australia in 1963 he joined the ABC in 1963 in Tasmania as a Talks Officer and worked in both radio and television. At that time the ABC was experimenting with an evening current affairs television format in Tasmania which became the model for This Day Tonight when it started in 1967.

Tim was posted to Singapore as foreign correspondent in 1965, and helped to cover the ‘confrontation’ between Malaysia and Indonesia, and the Indo China war. 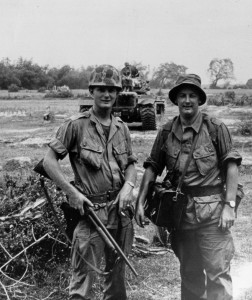 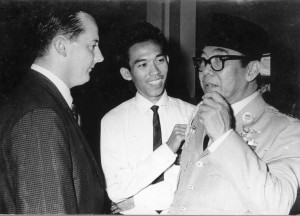 A meeting with President Sukarno at the Merdeka Palace in Jakarta, 1966, shortly before he was deposed. The ABC’s Hidayat Djajamihardja is interpreting.

At this time he travelled widely in South-East Asia from 1965-67 including assignments in Laos, Vietnam, Malaysia, Thailand, the Philippines and Indonesia. 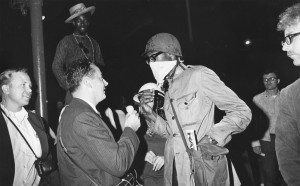 Interviewing protesters during the violent demonstrations at the Democratic Party Convention in Chicago, 1968.

Transferred to New York by the ABC in mid 1967 he worked as correspondent there for 18 months before returning to Sydney to be the first executive producer of the radio current affairs program PM in 1969.

In the early 1970s he worked as a producer with the television current affairs program This Day Tonight. In 1975 joined the ABC’S Radio Drama and Features Department and began making radio documentaries. From 1985 he set up Radio National’s radio Social History Unit and presented radio documentary and feature programs on Talking History and That’s History.

He is the author of fourteen books and many radio documentary programs based on oral history ranging from the experiences of Australians in Antartica, Papua New Guinea, Australian prisoners-of-war in Asia to the life and times of the Tasmanian Devil. 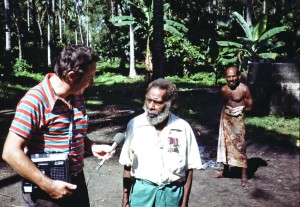 He was known only as Friday, but claimed to have killed 100 Japanese soldiers who had been stranded in the jungle during the closing stages of the Pacific War. Tim interviewed him on Kar Kar Island in 1981. 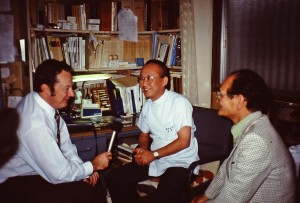 An interview with a former Kamikazi pilot, dentist Dr Morioko, in Japan in 1983. He is alive because the dropping of the atomic bombs on Hiroshima and Nagasaki (for which he said he was very grateful) stopped the war before he had to tie on his white scarf and fly to his death. Interpreter Nagasi Takashi is on the right.

For the last twenty years Tim Bowden has been actively broadcasting, writing and researching Australian activities in Antarctica. In 1993 he was commissioned by the Antarctic Division to write the official history of ANARE (Australian National Antarctic Research Expeditions) The Silence Calling – Australians in Antarctica 1947-97, published in June, 1997.

Bowden also wrote and presented six half-hour documentaries Breaking The Ice (on current ANARE operations) on ABC-TV in 1996, and wrote and narrated a second documentary The Silence Calling in 1997, as a companion to his written history. He has now visited Antarctica eight times – twice with ANARE and six times as a guest historian on tourist voyages to the Ross Sea and the Antarctic Peninsula.

Tim Bowden received an Order of Australia for services to public broadcasting in June 1994. In May 1997 he was awarded an honorary degree of Doctor of Letters from the University of Tasmania.

* Will The Singing Have To Stop – Booze Or Culture?, Yidaki and Singing For Survival: These three documentaries examined the impact of European life on Aboriginal culture.

* Tasmanian Devil: The curious sounds and habits of this unique animal were recorded in stereo on the West Coast of Tasmania. This production was also sold to the BBC.

* The West Coasters: Two one-hour documentaries on the Huon Pine timber men and miners on the West Coast of Tasmania. Published on cassette by ABC Enterprises.

* Vietnam Retrospect: Entered for the Prix Italia, 1978. It incorporated documentary material recorded in Vietnam in 1966.

* Living In Asia: A ten-part series profiling some adventurous Australians doing all kinds of different jobs in Asia. Recorded in Indonesia, Malaysia, Nepal and the Philippines.

* Inside Stories: A twelve-part series on the experiences of some noted Australian foreign correspondents who covered world events from the Spanish Civil War through World War II to Vietnam.

By 1980, Tim Bowden’s interest in oral history based documentaries had further developed, and he began a series of major projects.

* Prisoners-Of-War: Australians Under Nippon: Another two year project, culminating in a 16-part series on the experiences of Australian POWs in Japanese prison camps in World War Two. First broadcast in 1984, and published on cassette by ABC Enterprises, this series won the Best Documentary category in the 1984 Paters Awards for professional excellence in the broadcast arts and sciences.

* Survival: Following on from Australians Under Nippon this 10-part series focused on the extraordinary survival experiences of certain individual prisoners-of-war. First broadcast in 1987, and recently published on cassette by ABC Enterprises.

* The Neil Davis Tapes: Four documentaries compiled from interviews recorded by Tim Bowden and personal tapes from the distinguished Australian cine-cameraman and war correspondent who covered front line combat in the Indo China war for 11 years, and who was shot down in the streets of Bangkok on September 9, 1985 while covering an attempted coup d’etat. Published on cassette by ABC Enterprises.

* Australians in Antarctica: A six-part series of oral history based programs in which veteran expeditioners talk of establishing Australia’s presence in Antarctica post war, including field recordings made during a visit to Mawson and Davis Stations in the summer of 1989. Published on cassette by ABC Enterprises.

* Crossing the Barriers: Six documentaries exploring the experiences of some of the Asian students who came to Australia under the Colombo Plan in the 1950s and 60s – as well as the Australians who go overseas to live and work on local salaries and conditions as Australian Volunteers Abroad. First broadcast in 1993.

IF YOU HAVE ANY COMMENTS TO MAKE ON THIS PAGE OR ANY OTHER ARTICLE ON THIS WEBSITE PLEASE USE THE CONTACT LINK UNDER THE HEADER BAR.