SEEING THE MOVIE ‘THE RAILWAY MAN’

At the time of writing, The Railway Man is screening widely in cinemas around Australia. I went to see it with mixed feelings, and I was right to be apprehensive.

First the good news. The movie gave an excellent portrayal the bestial treatment metered out by Japanese and Korean guards to sick and starving POWs forced to dig out Hellfire Pass on the Thai Burma Railway. Their uniforms concealed the rather better-fed actors than the skeletal reality of the situation in 1943 when most were reduced to loin cloths and sandals. I noted one silly mistake, where a British major was shown wielding a sledge hammer, breaking rocks. Allied officers did not have to do the brutal physical work that shortened the lives of so many of their men. In fact, officers got better pay – such as it was – and privileges of rank, one of which was they did not have to labour on the railway. Unlike a battle, where officers statistically died in greater proportions than their men, as POWs in South-east Asia, being an officer was a virtual ticket home.

Colin Firth played Eric Lomax, and in the early stages of the film, could not be faulted as he tried to cope with the aftermath of his POW experiences. 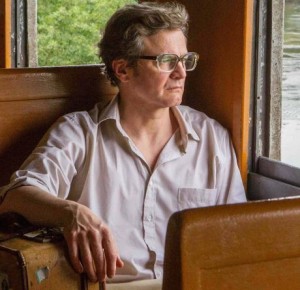 Colin Firth as Eric Lomax in the 2014 film version of The Railway Man (Photo: qt.com.au)

Nagase Takashi did not fare so well. The diminutive interpreter was transmogrified into a thuggish Second Lieutenant in the Kempeita, which of course was a travesty of reality. Nagase’s real role has already been described, but he is never shown as an interpreter, but as an English-speaking Kempeitai officer leading the interrogations. I suppose the film makers wanted to save screen time by not having to go through the Kempeitai interrogator barking questions to Nagase for translation, and having him pass on the question in English, and then to the Kempeitai officer in Japanese. 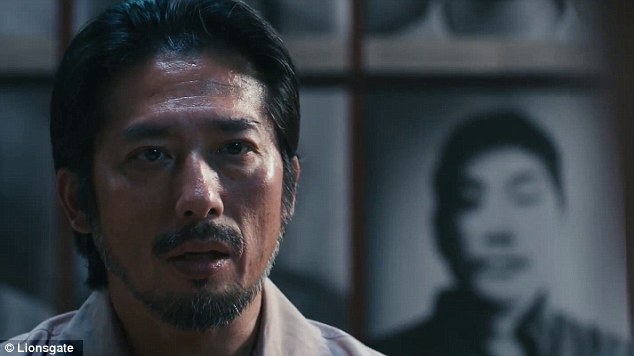 A too robust Nagase Takashi in the post-war, played by Hiroyuki Sanada

I wondered why the producers engineered the meeting between Nagase and Lomax as men in their late forties and early fifties, still of course fit men at that age. The poignancy and reality of these two old men meeting in old age in 1995 was therefore lost.

As has been said, in real life Lomax began to lose his hatred of Nagase during their correspondence before they actually met. In the movie, a much younger Lomax plans to kill Nagase, whom he believes is profiteering in Thailand by showing tourists around a museum at Kanchanaburi. Lomax goes to Thailand, and waits till the tourists have gone for the day, and surprises Nagase in the small museum. He shouts at him, and spews hatred, even at one point threatening to break Nagase’s arm by making him place it between two rests, and lifting up a heavy club – which he then smashed onto the table instead.

He forces Nagase into one of the replica Kempeitai bamboo cages in the yard outside the museum, and torments him.

I recall thinking while watching this farcical distortion of the truth how pleased I was that Nagase died before he could view this travesty of his crusade for reconciliation after the war. I honestly think seeing it would have killed him! This frail and gentle man was plagued with cardiac problems in his later life. Seeing himself portrayed as an opportunistic thug would have caused him immense distress.

Although some degree of reconciliation in the movie is finally achieved, it is too little, too late. Right at the end of the credits, there is a brief still photograph of the two old men as they really were when they met. I regret that the filmmakers did not take advantage of the poignancy of their real story instead of the B-Grade histrionics served up instead. It left a nasty taste in my mouth and still does.