As I lay there half-reclining, with blood streaming down from my head and hands, a North Vietnamese soldier appeared literally a metre away over a slight rise. My first reacion was, ‘What a fantastic shot!’ I looked down to adjust the focus and swing the turret of the camera onto a wide-angle lens. I mean, there was this man coming to kill me, and my first reaction was to get onto the right lens to get this dramatic shot. 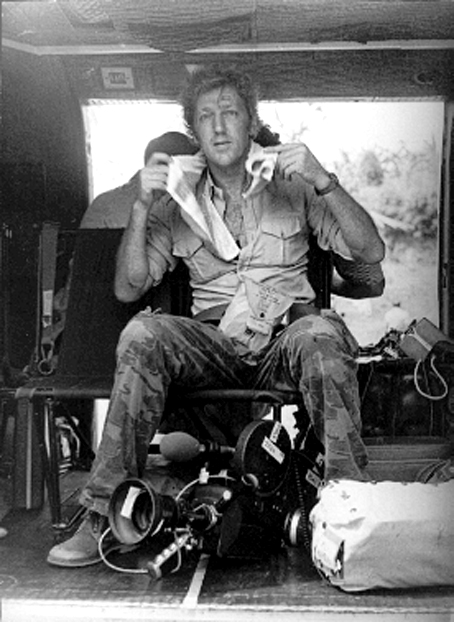 Neil Davis, on assignment in Asia for NBC

That kind of cool, utterly dedicated professionalism made Neil Davis one of the world’s greatest cinecameramen and journalists. For over twenty years, from the early 1960s, Davis brought enduring images of the full horror of modern war directly from the battlefront to the worlds television screens. 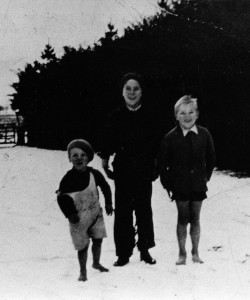 The young Neil Davis, barefoot in a rare snow fall at Nala on the Davis farm, near the town of Sorell in south-eastern Tasmania. From left: Neil (nicknamed ‘Tiny’ because he was the youngest), his eldest brother Jim, and Darrel. 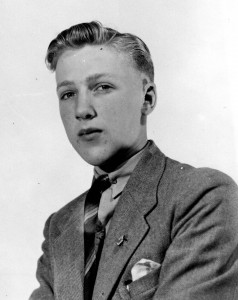 Neil as a schoolboy at the Sorell Primary School circa 1944.

It is for his eleven years’ coverage of the conflict in Indo-China that he is best remembered. He was the only western cameraman to film with the South Vietnamese army and once actually managed to cross over attle lines to film with the Viet Cong. Davis also covered the war in Cambodia and Laos. And in 1975 he scooped the world’s press by getting the only footage of North Vietnamese tank 843 smashing down the gates of Saigon’s Presidential Palace, the moment that symbolised the American defeat.

Ironically in September 1985, having survived so much war, Neil Davis was killed while filming an attempted coup in the streets of Bangkok. Incredibly his still-running camera captured his own death.

Having worked with Neil for several years in South-East Asia, and having shared a Tasmanian background, I became determined to write his extraordinary story, knowing that cameramen seldom write books. He agreed we would work together on this, and in 1983 he began to send me cassette tapes recalling his upbringing in Tasmania, and detailing his remarkable career as a combat cameraman not only in South-East Asia, but in the Middle East and Africa. 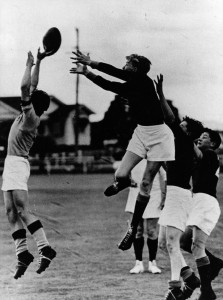 Although still a schoolboy Neil’s football skills as a ruckman were harnessed by the local Sorell team in the rough and tough local Australian Rules regional competition. Here he is (centre) flying high for the ball. 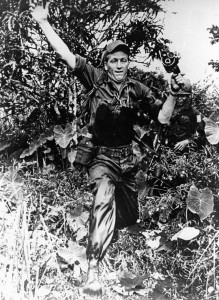 Here Neil Davis is leaping over a creek in with his Bell & Howell camera held high in the delta region of South Vietnam in 1967. Photo: Peter Arnett.

I’m sure Neil himself would have enjoyed the irony of this if he could have known, but the morning that he died in Bangkok, in September 1985 covering one of Thailand’s many coup d’etats, I had decided to actually begin writing the manuscript – there is a temptation to keep on collecting material and not actually starting the book.

I typed the heading, ATTITUDES TO FATE AND DEATH, and turned to the many hours of tape we had recorded over the previous two years to find the quotes I wanted. Neil had admitted to me that he became addicted to combat and I wanted to hear him say why.  It always irritated him excessively that some of his correspondent friends said he had a death wish. He said the proof that he hadn’t was covering ll years of front line combat in Vietnam Cambodia. (Unknown to me, Neil was at that very moment gathering his camera gear in Bangkok to head out on what would be his last assignment.)

I found what I wanted, and Neil’s soft distinctive voice began to speak about and explain his admitted addiction to combat. Audio File 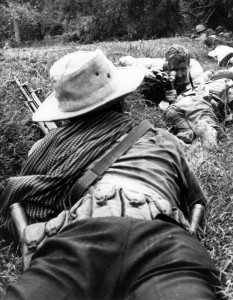 Always close to frontline action, Neil is actually steadying himself against the dead body of a Khmere soldier killed by the Khmer Rouge, while he films the fighting near Highway 5 in 1970. 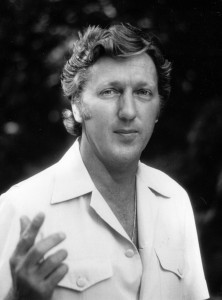 Neil Davis stayed on in Saigon after the fall, and collected the Safari suit he had ordered from his regular tailor, Mr Minh, just before the end of the war.

Neil believed that you always had to get your story out, and calculated the risks accordingly. He did say to me, however, that you could be unluckily killed.

My friend’s untimely death on 9 September 1985 meant that his ‘as told to’ story now had to be a biography, with his many friends and colleagues providing essential information and photographs about his varied life and career. Fortunately journalists and camera people have largely endorsed One Crowded Hour. I think Neil would have haunted me forever if they hadn’t! I’m sorry he wasn’t able to read it, and I still miss him. 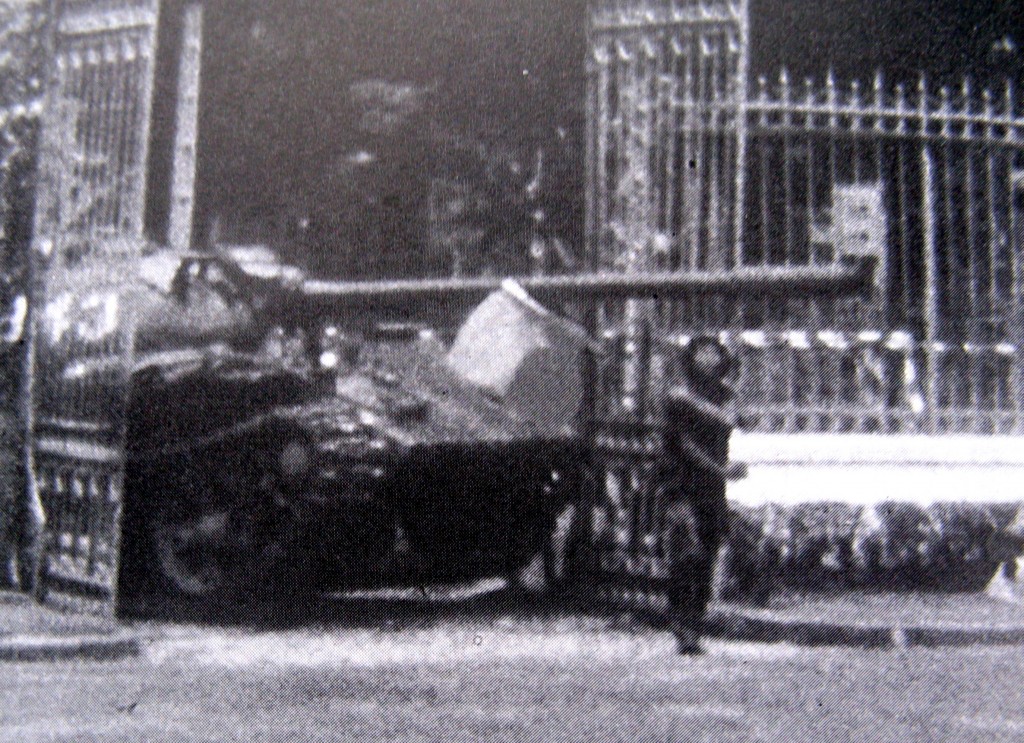 A still picture taken from Neil Davis’ most famous footage – and world scoop – when he was the only cameraman who dared film the North Vietnamese tank No 843 smashing down the gates of Saigon’s Independence Palace in April 1975. It was the moment that symbolised the Communist victory.

Available to purchase for $33.50 including postage and handling within Australia.